Citrus green symptoms vary depending on the citrus species and the environmental conditions. The symptoms may initially appear on a single shoot. The most common symptoms to appear in early stages are blotchy, mottled leaves. Leaf mottling, asymmetric chlorosis, and yellowing of veins and midribs will likely show up as the disease progresses. Infected trees will produce fewer, smaller, bitter-tasting fruits that oftentimes remain green in color. In later stages of the disease, symptoms on leaves might resemble nutritional deficiencies and may be misdiagnosed. Another symptom seen with citrus greening is vine corking. Though, vine corking could also be due to a citrus tristeza virus infection.

The Asian citrus psyllid is a tiny, white-brown, mottled insect that is about the size of an aphid. The adult psyllid feeds with its head down, almost touching the leaf, and the rest of its body is raised from the surface at an almost 45-degree angle with its tail in the air. No other citrus pests position their bodies like this while feeding. Adults typically live 1-2 months. Females lay tiny yellow-orange, almond-shaped eggs in the folds of developing citrus leaves. Each female can lay several hundred eggs during her lifespan. Psyllid produce white waxy tubules around their rear end. Stages of the psyllid can live anywhere on the tree, but the immature stages and eggs will be found on young leaves. With time, psyllid presence on trees give rise to the formation of sooty mold. 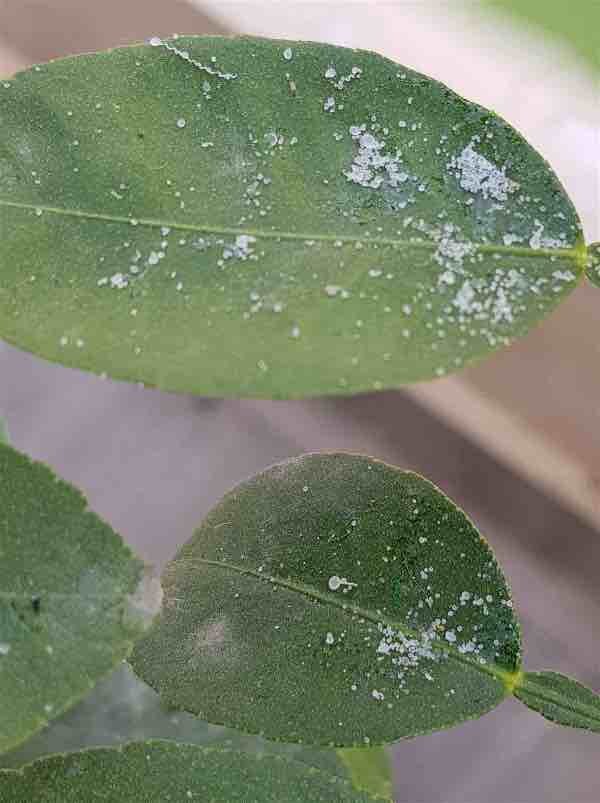 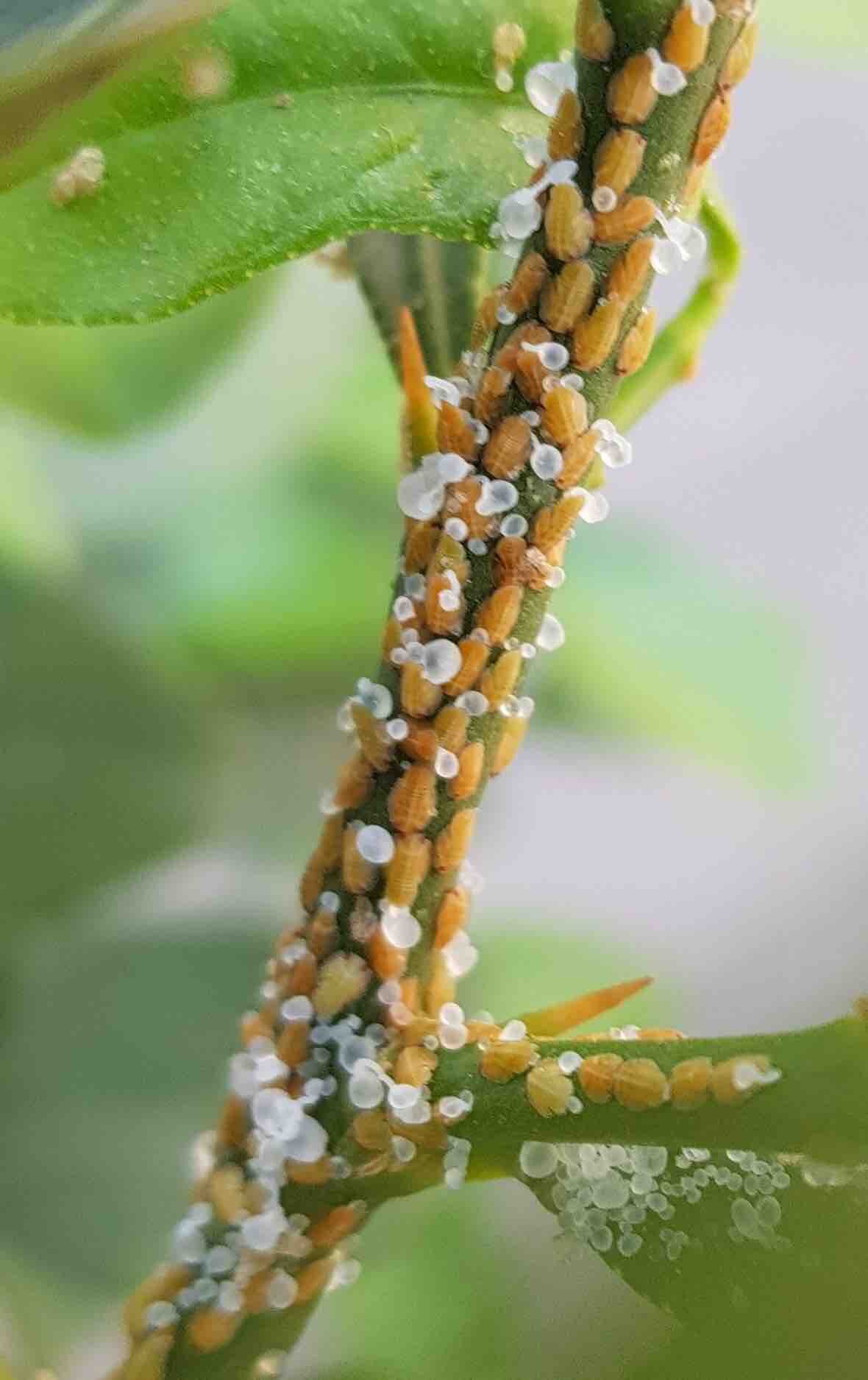 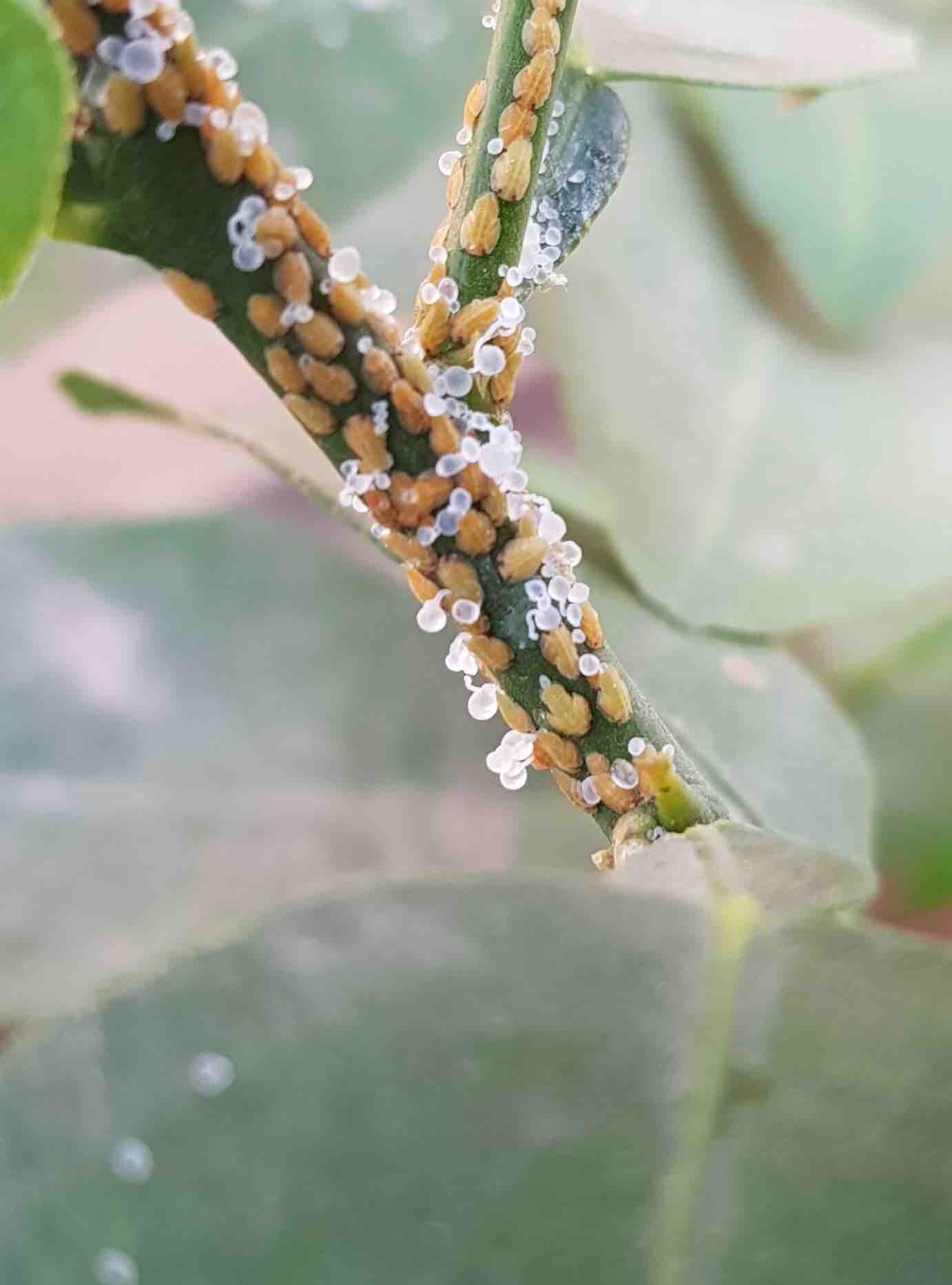 Citrus greening can kill trees, which severely reduces production. The bacteria is spread from tree-to-tree by psyllid vectors. Nothing can be done once a tree is infected; there is no cure for citrus greening.

Citrus trees are magnificent; they produce large amounts of tasty fruits while staying green all year round (evergreen). This makes them popular in areas outside farming such as private gardens and backyards.