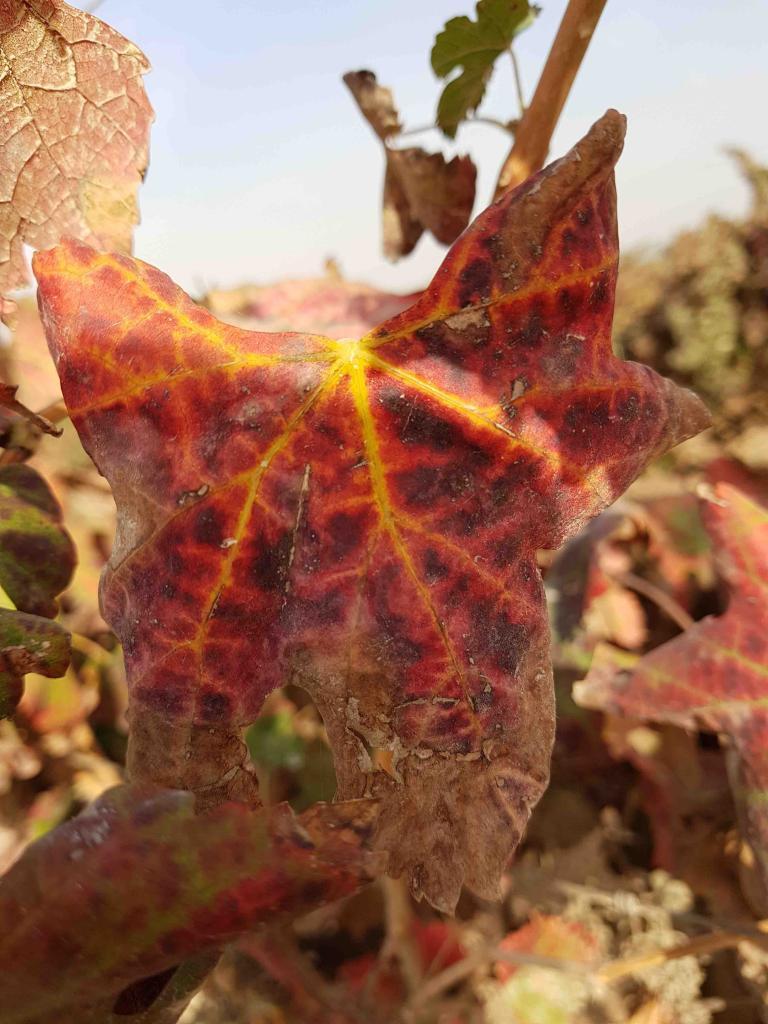 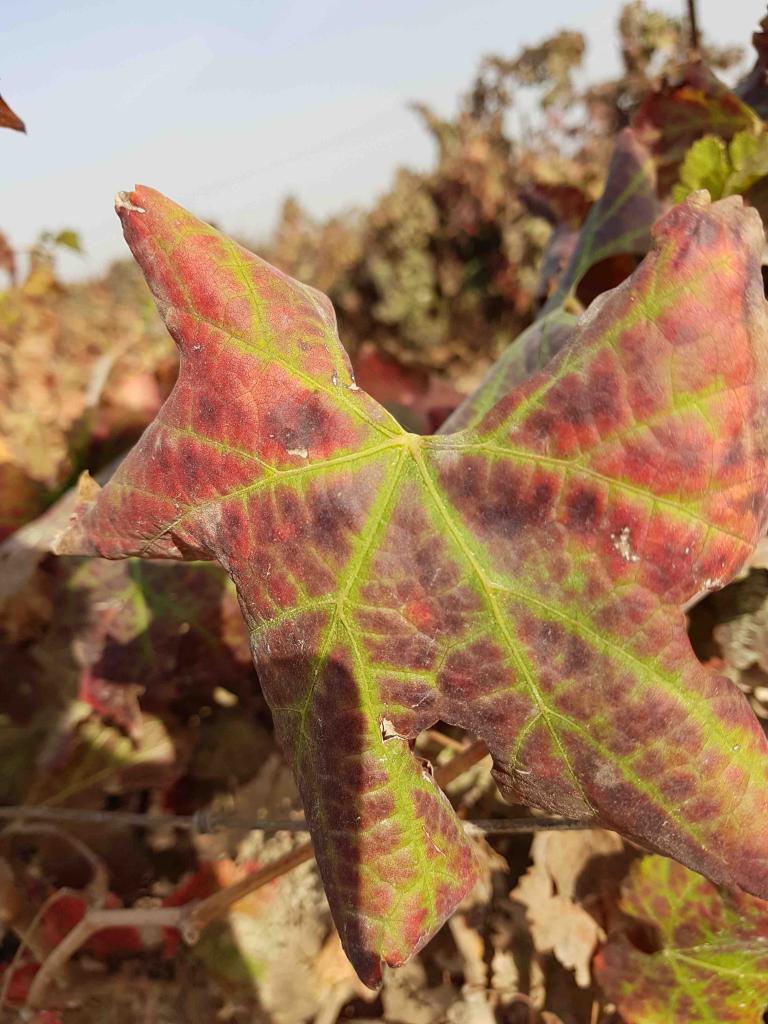 Grapevine leafroll disease is actually a group of viruses found throughout the world. The disease is transmitted by the grapevine mealybug called planococcus ficus. Approximately one hour of feeding upon infected vines is enough for mealybugs to contract the virus.

Mealybugs lose the ability to infect new vines with grapevine leafroll disease after four days of contracting it. The virus does not transfer from the adult female to her offspring.

The movement of mealybugs in the vineyard is partially independent and partially passive (with the aid of ants), which could explain some of the spreading patterns. The virus tends to first spread from one infected vine to another vine in the same row. The introduction of the disease to different adjacent rows takes place later on. Introduction of the disease in healthy, virus-free vineyards is caused by the mealybug vector.

The symptoms vary in red and white varieties. In red varieties, it is common to see interveinal reddening of the leaves, a state when leaves become red though the veins remain green. In white varieties, the symptoms are fewer and less defined such that it may include mild chlorosis and curling of leaf edges. In some cases, symptoms aren’t clear enough.

Quick tip: It is easy to confuse symptoms of the virus with those of magnesium deficiency. There is no treatment for the virus; therefore, it is not possible to cure a diseased vine.

Ways of coping with the disease include preventing its arrival by working with virus free materials, slowing or preventing its distribution in the vineyard by fighting the mealybug vector and in some cases uprooting infected vines.

It is not an easy decision to uproot and destroy infected vines, but models have shown that displacement of moderately infected vines can significantly slow down the spread of the disease.

Using traps to monitor: Monitoring systems provide useful information regarding when to apply insecticides. Population levels can be reduced or controlled by mass trapping, mating disruption, and lure and kill.

Controlling ants: Other than assisting in the spread and establishment of mealybug colonies, ants can suppress natural mealybug enemies.

The following are generic names of products used in one or more parts of the world: Imidacloprid, clothianidin, thiamethoxam, acetamiprid, thiachloprid, sulfoxaflor, Dichlorvos, Spirotetramat, Buprofezine, Chlorpyrifos, and Synthetic Terepenes extract of Chenopodium.