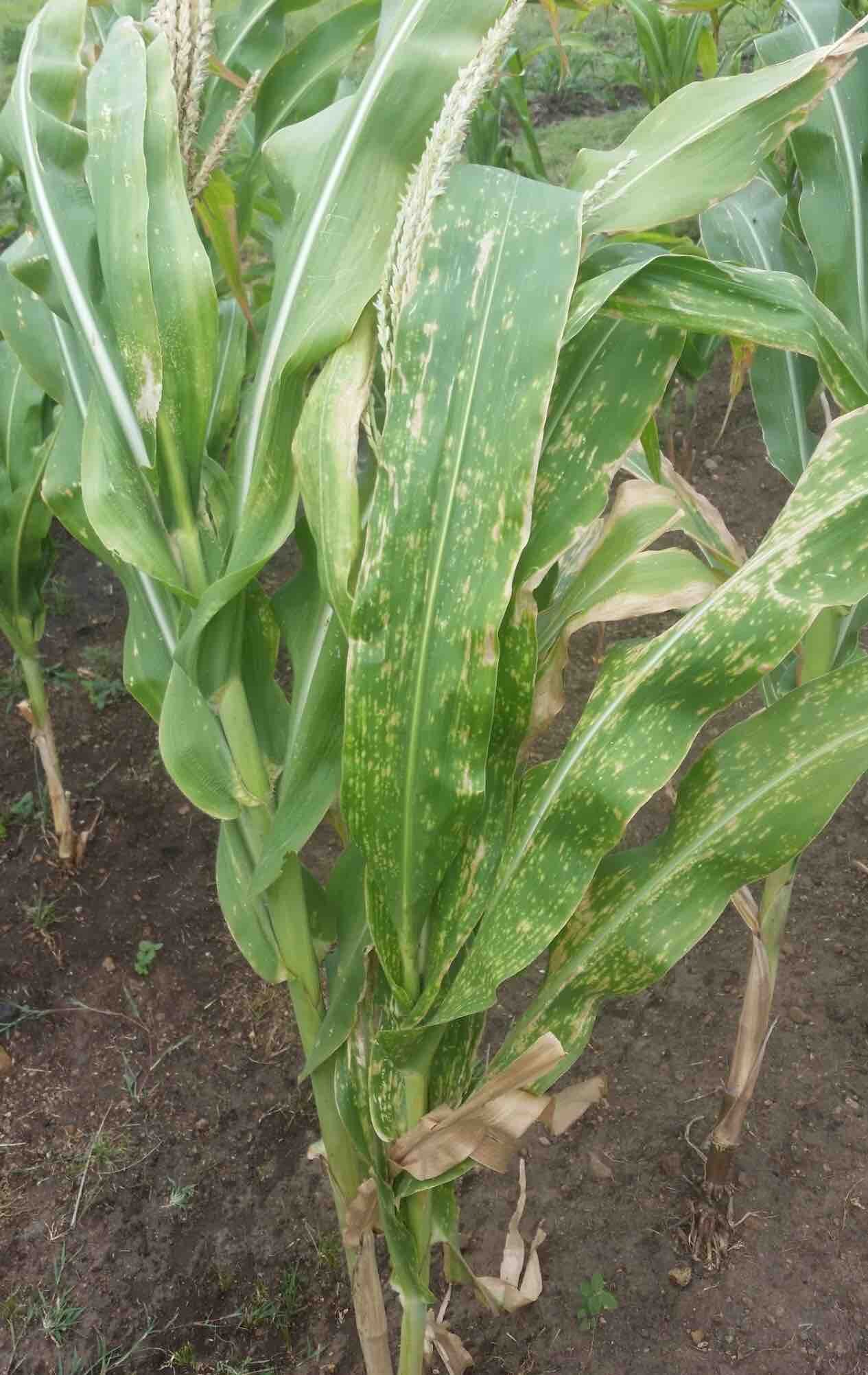 Gray leaf spot is a major fungal disease of corn found throughout the world. Previously diseased corn plant debris and leftovers from previous seasons are the primary sources of the infestations. Additionally, spores from adjacent infected fields can be carried by the wind causing infestations.

Infection can occurs after prolonged warm and moist conditions. The demand of biofuel resulted in a rise of monocrop fields, which means that corn is grown on the same land year after year, season after season. Continuously growing corn on poor land preparation causes gray leaf spot to become a serious disease in some countries.

Lower leaves are usually the first to catch the disease; 12-14 hours of leaf wetness is enough to initialize infections. With time, rectangular necrotic lesions form between leaf veins. Lesions are initially tan or brown in color.

The economical impact depends on when in the season leaves become infected. In the majority of cases, significant yield losses occur when ear leaves or leaves above the ear exhibit signs of the infection prior to the pollination time, which is the key time of the season. Ear leaves are the “driving force” of plant activity; they are the primary absorbers of light, thus losing these leaves damages kernel development and affects expected yields.

In severe cases, when all leaves above the ear are lost, the plant will cannibalize its available sugars. This impacts the strength of stalks and makes them vulnerable to other pathogens.

Work with resistant varieties: Some hybrids exhibit more tolerance and resistance than other hybrids.

Crop rotation: In fields that have a history of gray leaf spot occurrences, a 1-2 year rotation helps to reduce the amount of diseases in future growing seasons.

Tillage practices: Burying the present season’s residues will help reduce the risk of an infestation in the next season.

Monitoring: It’s easier and more cost effective to control and overcome gray leaf spot during its initial infestation stage. Make it a routine to monitor the field regularly and search plants for the presence of gray leaf spot on a weekly basis.

Applying fungicides to control gray leaf spot is a common (and sometimes necessary) practice. Though, growers should take into consideration the economical implications of embarking on spraying quests. It is not always economical to apply fungicides on resistant hybrids that exhibit minor disease symptoms. Therefore, scouting the field and assessing the severity of gray leaf spot infestations is necessary before applying fungicides.

The following are fungicides used in one or more parts of the world when there is an actual presence of gray leaf spot: pyrachlostrobin, cyproconazole, prothioconazole, metconazol, tebuconazole fluxapyroxad, propiconazole, azoxystrobinm, trifloxystrobin, picoxystrobin, chlorothalonil, and mancozeb.