On fruits: Sunscald occurs on the sides exposed to direct sunlight and leads to a sudden rise of fruits’ internal temperature which causes tissue damage. It first appears as a wrinkled area that can be soft and lighter in color than surrounding tissue. This area later turns white and paper-like. The affected area often turns black due to the colonization of fungi that live on dead tissue. Fruit near maturity are more sensitive to sunscald injury than immature fruits.

On bark: Citrus, mango, avocado, lychee, nectarine, apples, fig, and many more are considered susceptible. Their bark, branches, and stems are easily injured and die from exposure to direct intense sunlight. Symptoms usually include cracking of bark, splitting of the stem, and burned and scorched like branches.

Sunscald refers to a condition that occurs when plants are exposed to intense heat stress such as direct sunlight. Some plant species are more susceptible than others, but broadly speaking, the most affected parts are the leaves, stems, bark, and fruits. 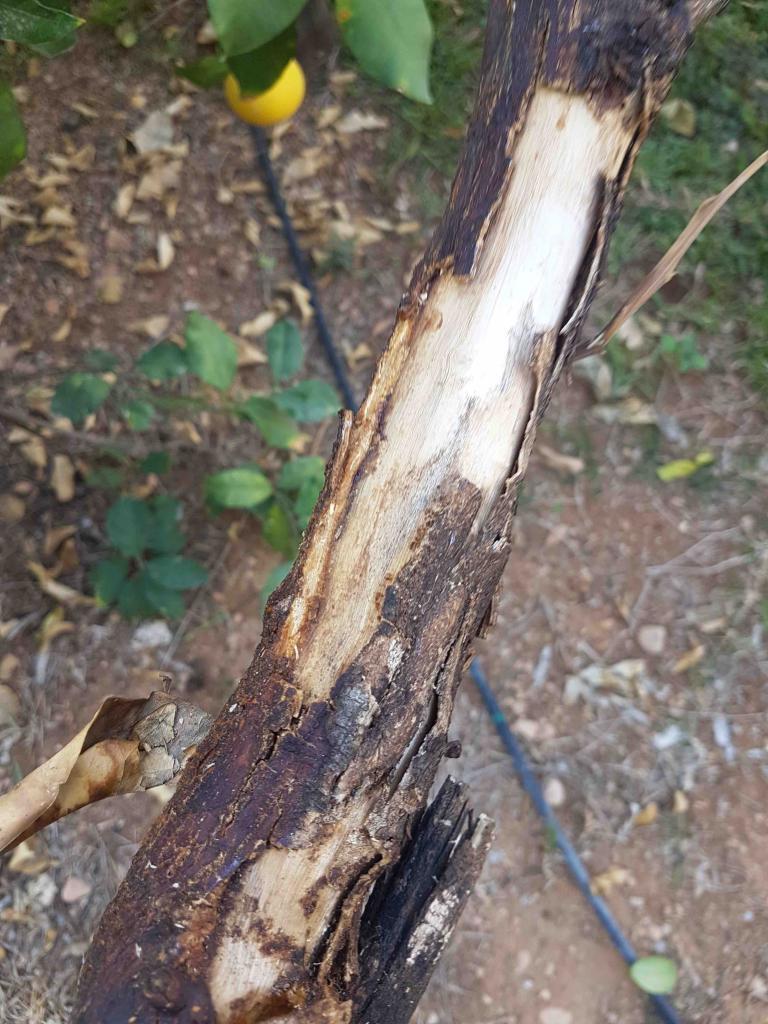 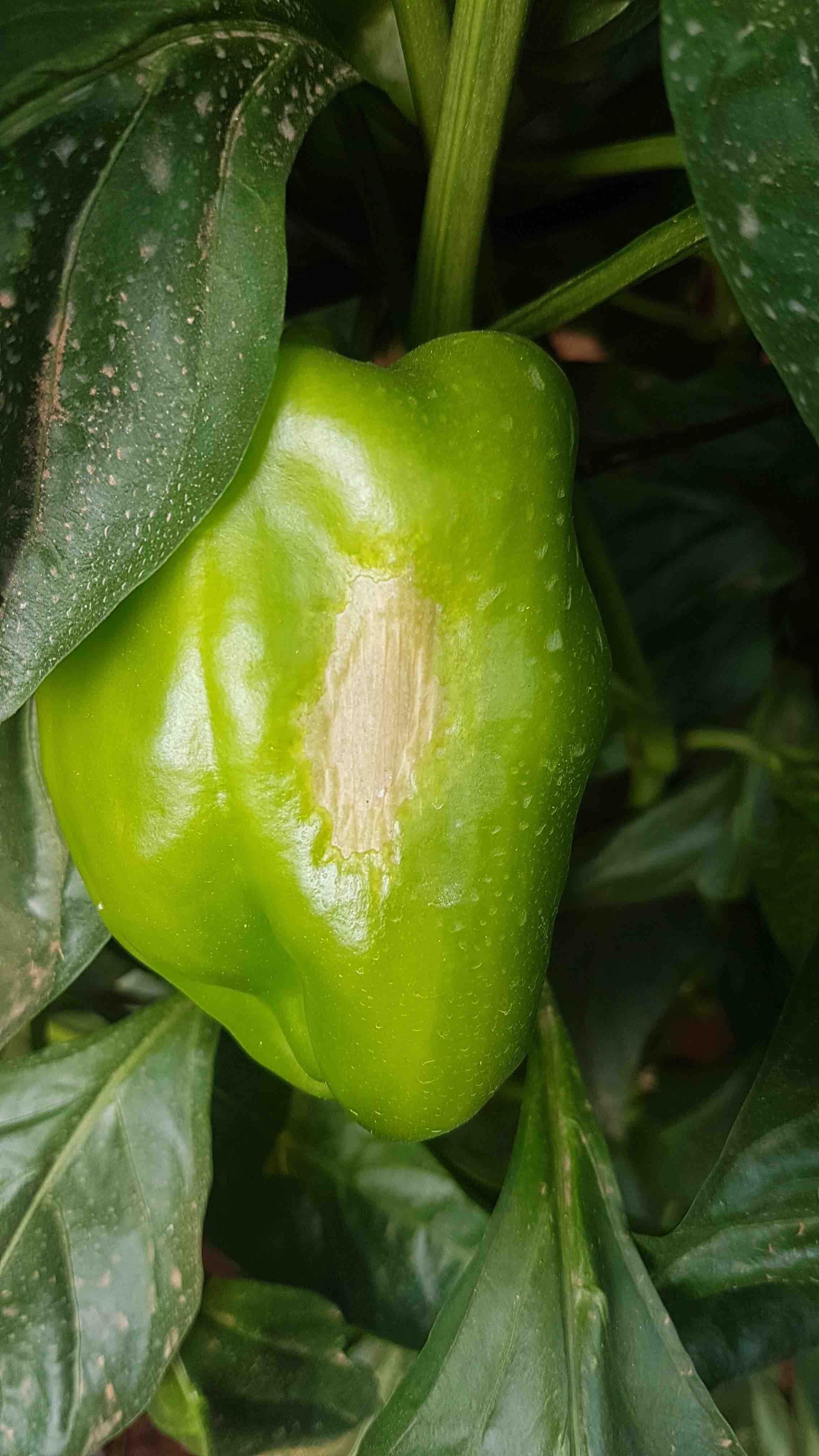 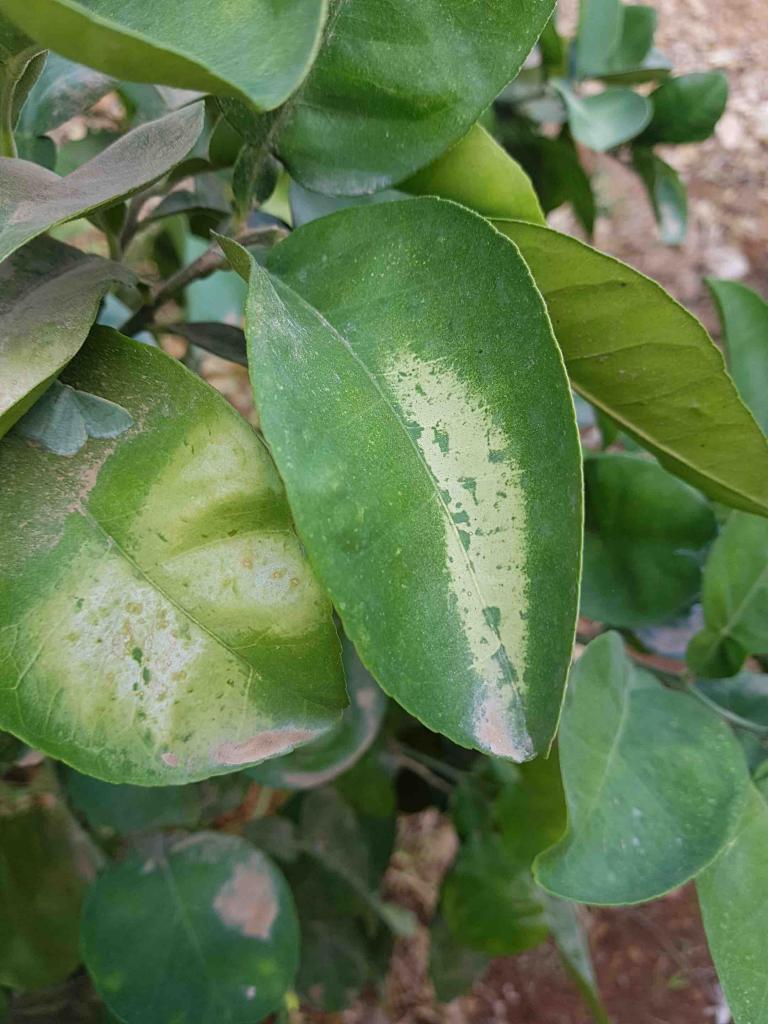 Control Measures
Caution and careful notice should be taken when using any plant protection products (insecticides, fungicides, and herbicides). It is the grower’s sole responsibility to keep track of the legal uses and permissions with respect to the laws in their country and destination markets. Always read the instructions written on labels, and in a case of contradiction, work in accordance to the product label. Keep in mind that information written on the label usually applies to local markets. Pest control products intended for organic farming are generally considered to be less effective in comparison to conventional products. When dealing with organic, biologic, and to some extent a small number of conventional chemical products, a complete eradication of a pest or disease will often require several iterations of a specific treatment or combination of treatments.