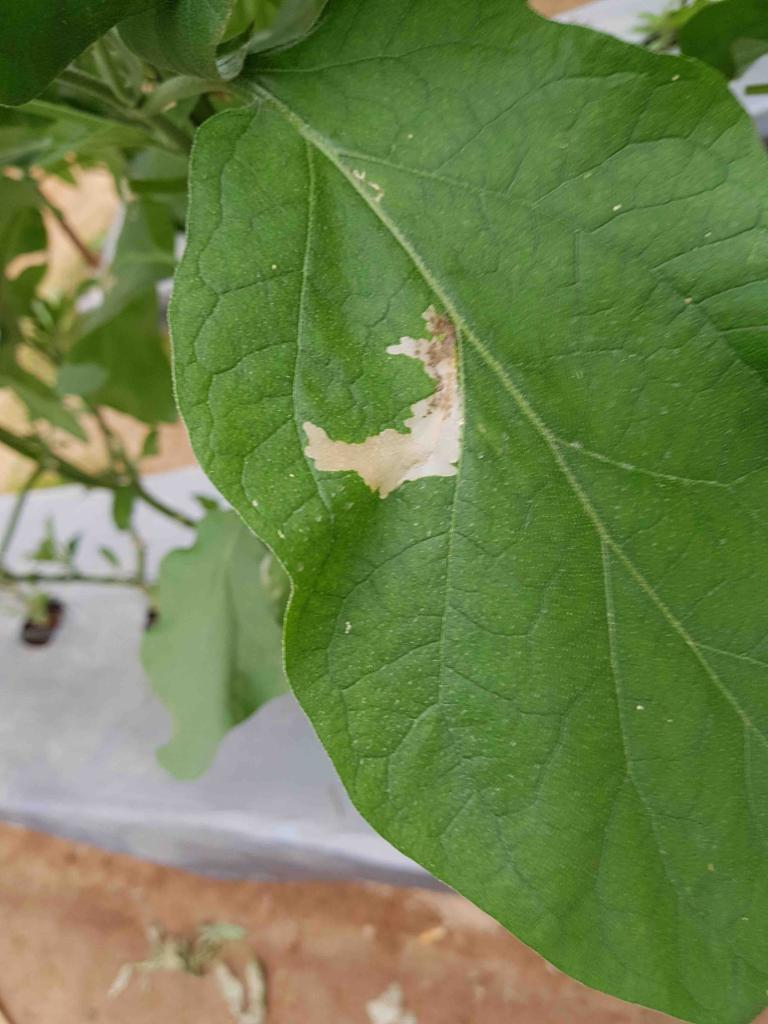 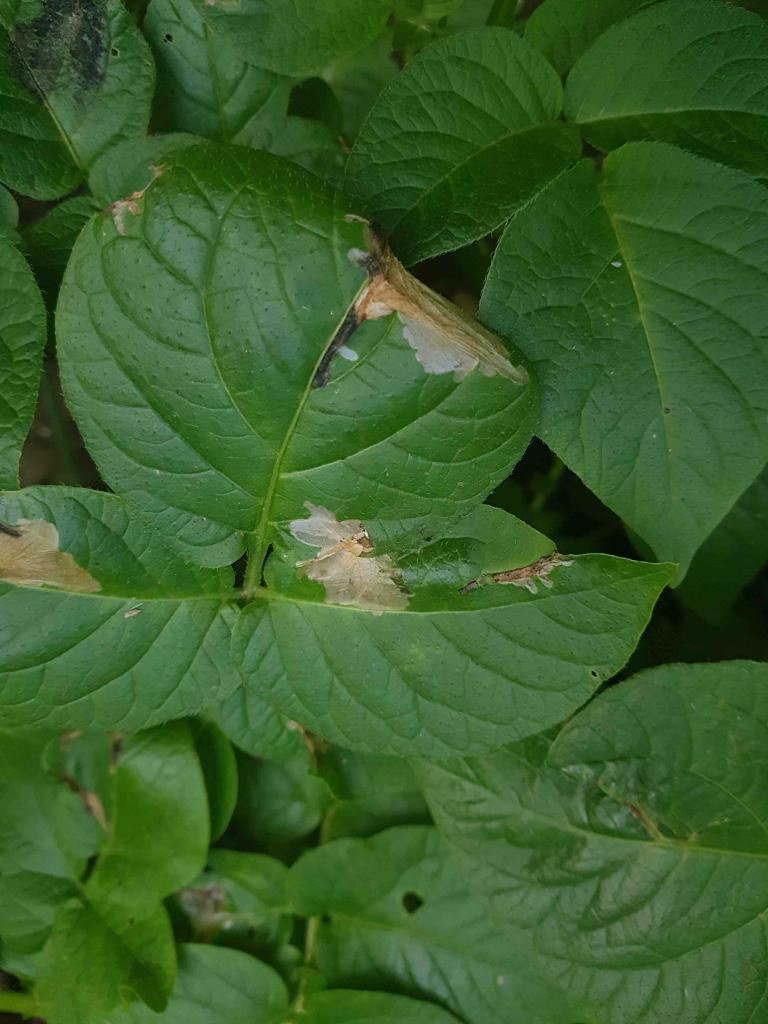 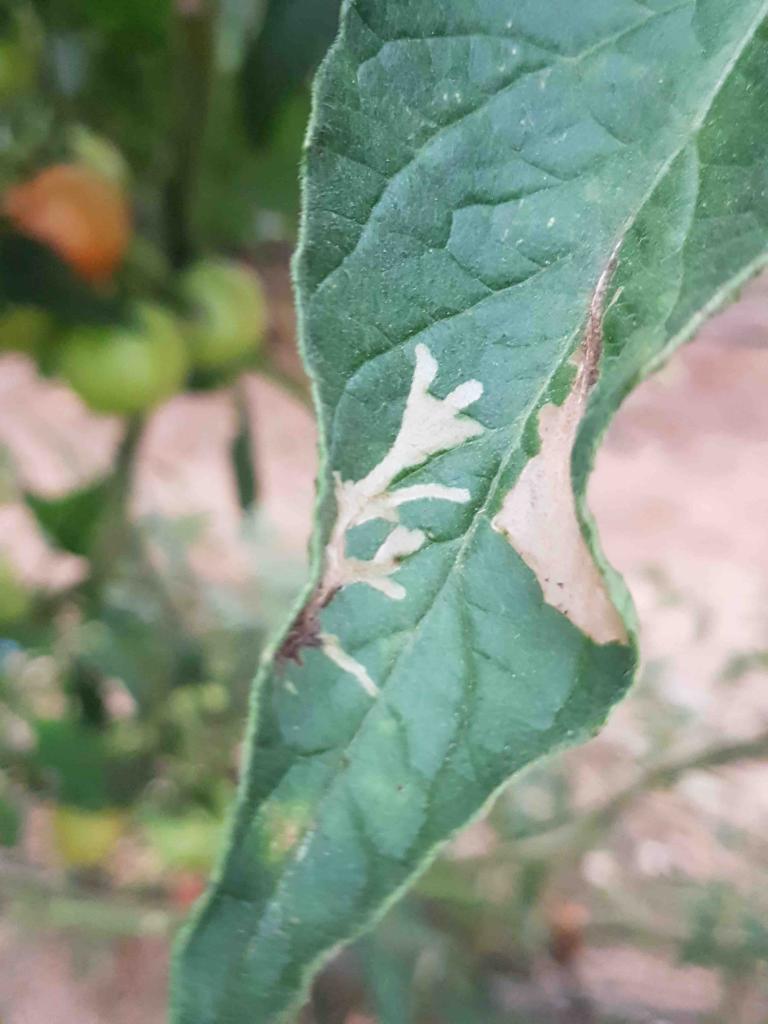 Tomato leafminer is a species of moth and a member of the gelechiidae family belonging to the Lepidoptera order. It is a serious pest of tomato crops in large parts of the world.

Damage to plants is caused by the larvaes (caterpillars) feeding on foliage and fruits. An unattended infection can easily become severe, resulting in up to 100% yield losses.

The caterpillars can attack ripe fruits, but they have a tendency to attack unripe, green fruits. Cherry tomato varieties are less likely to be affected.

Females can lay up to 250 eggs in her lifetime and will do so mainly on leaves. Optimal temperatures for tomato leafminer is between 25 to 35 degrees Celsius.

In the beginning, the most obvious signs show on the foliage in the form of tunnels that may resemble leafminer symptoms. Soon enough, the tunnels will become much larger and greater than leafminer tunneling, which appears substantially different.

Monitoring: Closely inspect your fields (at least once a week) and look for the presence of moths and symptoms on fruits and foliage. Populations start from a few moths, usually on new growth, then rapidly reach a colony of hundreds.

Sanitation: Make an effort to clean and maintain your fields’ close surroundings from weeds as often as possible.

Crops growing inside closed greenhouses or net structures will be safer than crops growing outdoors or unprotected. Closed structures should be pre-checked for existing breaches and fixed as soon as possible.

Careful thought should be taken when planning to use any of the above chemical marked in red. In some cases, the existing moth caterpillars population can rapidly develop resistance to insecticides. Therefore, rotation between products based on different active ingredients is crucial. If caterpillar populations remain unchanged after a single application of one of the chemicals marked in red, future applications won’t just be inefficient, they’ll likely wipe out the presence of any beneficial insects within the field close surroundings, thus making things even worse.